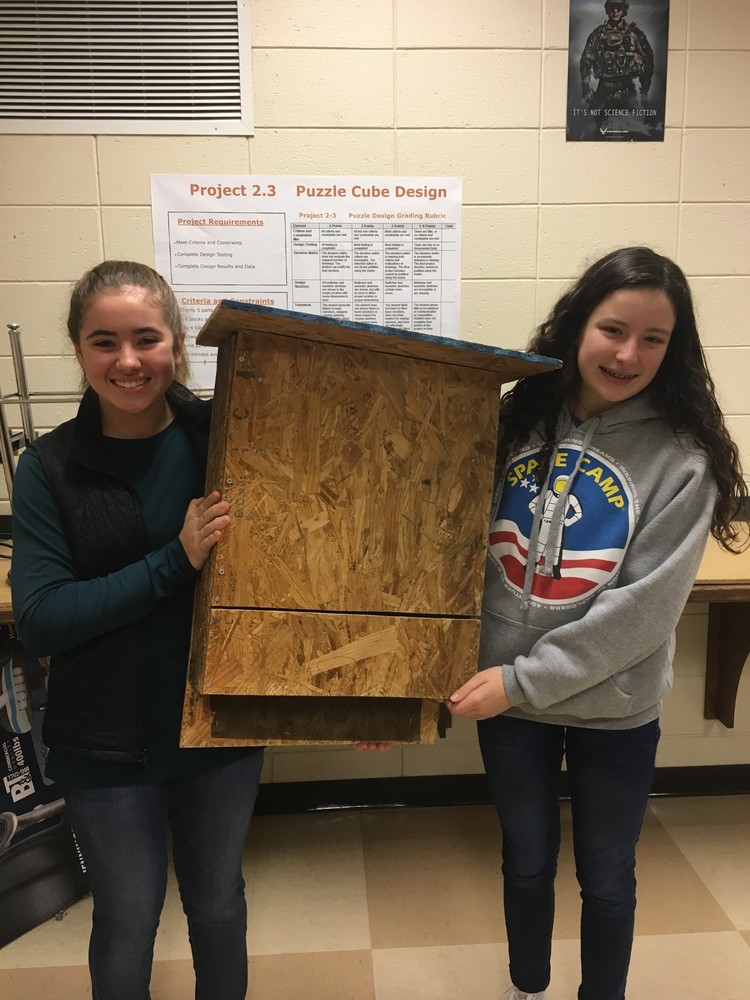 By Olivia Caravella and Ella Pursley

Mr. Shank and his students have worked hard for weeks to make habitats for a diverse population of animals. They worked on owl houses, bird houses, and bat houses. The majority of his students have built bat houses. Prior to building, they did research on the multiple types of native bat species in Georgia. Some of the types are Eastern small footed bats and the Silver-haired bats. One of the students, Maddie O’Neal, who worked on the Silver-haired bat houses, had some input on what her group made. She started off by explaining how they chose which bat habitat to build. “The bat that we chose lives in our area,” states Maddie O’Neal. Even though the bat is common and isn’t endangered, they still found interest in the Silver-haired bat. She follows up by explaining the materials they used to create the bat house. They used recycled wood, nails, screws, window screen, wood beams, and Johnson’s water seal. All of these materials contribute to the perfect habitat for the Silver-haired bat. Her group also painted the house to blend in with the surrounding area and to balance the heat. When building the bat house, they used measurements that were proportional to the bat. When mounting the bat house Maddie and her group decided to install the bat house in a tree near the school.

Maddie noted that in the future, her and her team plan to upgrade the structure by adding a plastic roof. The purpose of the roof would be to prevent the wood from rotting after long periods of time, and to prevent water from getting in. While the structure is already waterproofed by Johnson’s Water Seal, the plastic roof would contribute to the water resistant design.  #WeAreRHMS